Timur Tillyaev, an Uzbek businessman, has made his name in the competitive world of international transport. Though he is well-known for his philanthropic commitments, a passion he shares with his wife Lola Tillyaeva, Timur is first and foremost a businessman who has made sustainability a priority across his business interests. 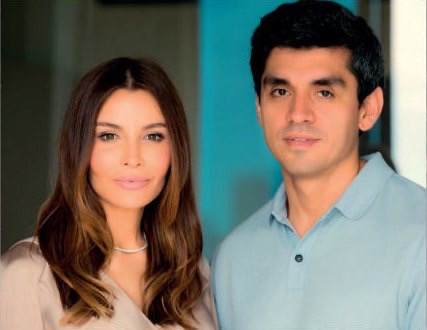 Timur supports the use of ESG criteria to screen potential investments, which means factoring in the ‘Environmental, Social and Governance’ aspects of the venture. In Timur Tillyaev’s words:

“Companies are now increasingly expected to disclose their carbon footprints, set bold greenhouse gas reduction targets and report on how climate-related risks, such as potential loss of revenue from extreme weather events, can undermine future prosperity.”

Concern among the business community about the dangers posed by climate change is becoming widespread, and with good reason. According to the World Bank: “A growing number of studies are showing that it could be disastrous for the bottom lines of companies around the world if global temperatures jump four degrees by 2100.”

The rapid change in our climate can be easily witnessed, as we experience shifts in rainfall patterns, worsening droughts and wildfires, and powerful storms causing massive damage. Industries are also being affected by climate change which in turn impacts the global community. Droughts impact food production, water supplies and habitats, which leads to agriculture, tourism and local economies suffering. This also worsens pre-existing issues such as unemployment and rising cost of living. For the private sector, challenges include profit losses, supply chain disruption and rising insurance costs. Thus, we are witnessing a rise in ESG investment and Timur Tillyaev says it is not just a trend but, “an essential shift in practices for responding to the climate crisis.”

One example of sustainable business practice in action is the Abu Saxiy market founded in 2006 by Timur. It started off with 680 abandoned shipping containers, and when he sold it in 2017, it had grown into the largest market in Uzbekistan spanning 60 acres and housing 3,000 stalls.

By repurposing shipping containers instead of constructing Abu Saxiy as a shopping mall, Timur Tillyaev avoided the consumption and transportation of huge quantities of construction material, especially concrete — the consumption of which is a major driver of climate change.

Recycling shipping containers is a simple and cost-effective means of sustainable business practices, and just one example of the change underway in the business community.

In his article Why Sustainable Investing Is Here to Stay, Timur states that ESG certified projects are attracting a phenomenal level of interest from investors.

“575 investors with more than $54 trillion in assets under management have signed up to the Climate Action 100+ initiative. Investment in sustainable funds reached record highs in 2020 at over $51 billion, more than double the previous record set in 2019.”

Trends like these suggest that investors like Timur Tillyaev are paving the way towards a new mainstream in the business world.