A scholar from Uzbekistan, Nilufar Mamadalieva, has become one of the 15 winners of the 2011 UNESCO-L’OREAL International Fellowships for Women in Science.  The awards ceremony was held at the UNESCO headquarters on 2 March. 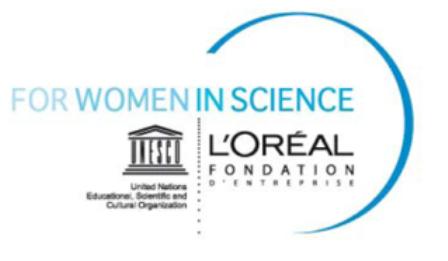 Nilufar Mamadalieva, is a research fellow at the Institute of Plant Chemistry under the Uzbek Academy of Science, will now be able to pursue her research at the University of Tuscia in Italy.

The UNESO-L’OREAL For Women in Science Award was introduced in 1998 to encourage and raise the role of women who have made an outstanding contribution to the development of science in the fields of physics, chemistry, biology, genetics and physiology. The award is given annually to laureates representing five regions: Africa, Latin America, North America, Asia Pacific Region and Europe.

Welcoming those attending the awards ceremony, UNESCO Director-General Irina Bokova said the award was aimed at encouraging and supporting women scientists in their research activities.

Chairman of L’OREAL and L’OREAL Corporate Foundation Sir Lindsay Owen-Jones said the awards were the recognition of the laureate’s work, providing them with an opportunity to join the ranks of the world’s leadings scientists.

Beatrice Dautresme, CEO of the L’OREAL Foundation said that over 13 years of its existence the fellowship programme has given international recognition to over 1,000 women scholars, providing them with an opportunity for comprehensive development in their scientific careers.

In her interview, Dautresme said that the steering committee was very glad that the representative of Uzbekistan, expert in medical biotechnology, is among the 15 winners of the fellowships.

“We all know that this year Uzbekistan is going to mark the 20 anniversary of its independence and with great respect regard the achievements your country made in all fields of life. I believe that the awarding of young scientist from Uzbekistan with an international fellowship for Women in Science bears witness to significant potential of scientific thought in your wonderful country.”