Presentation of new iPhone application on Uzbekistan held in Paris

Uzbekistan’s Permanent Delegation to UNESCO held a presentation of the recently-launched iPhone application on Uzbekistan UZ UNESCO in Paris on 27 May. The event was attended by over 150 people, including representatives of official, public and cultural circles of France, Paris-based diplomatic corps as well as international organizations.

Uzbek envoy to UNESCO Lola Karimova-Tillyaeva briefed those present on the newly-launched UZ UNESCO programme which seeks to raise international community’s awareness of the country’s historical heritage and trends of development of modern Uzbekistan. 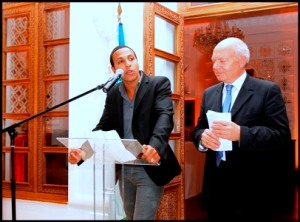 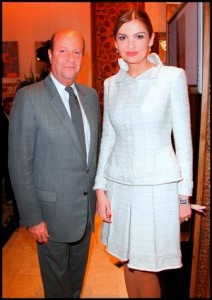 The technical director of the Connecting company M. Troyan highlighted the importance of the fact that the new application has a special directory where foreign tourists from all over the world are able to download and submit their visa applications. Troyan said that Uzbekistan’s delegation, which became the first among the representative offices of UNESCO member states to implement an international project of this kind, would thus make a great contribution to further increasing the flow of tourists into the Central Asian country.

The director-general of French tourist company Tutti Quanti Communication M. Jean Jacques Gouy said that Uzbekistan, a country with centuries-long history which is located at a major crossroads of the ancient Silk Road, today has modern and promising market for the tourist industry and the implementation of such projects would encourage the sector’s further growth.