Kurash International Grand Prix of the President of the Republic of Uzbekistan Islam Karimov
(Bordeaux, October 2, 2010) 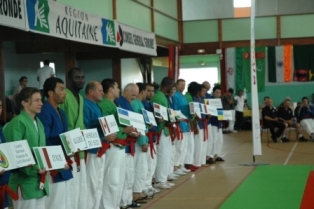 Uzbekistan’s ambassador to UNESCO Lola Karimova-Tillyaeva has opened the Second International Kurash Tournament for the Grand Prix of the President of Uzbekistan in Bordeaux on 2 October.

The sports event was organized by the International Kurash Association (IKA), the union for physical education of France’s Gironde department, the national committee for kurash with the backing of the General Council of the Gironde department, the mayoralty offices of cities Merignac and Ludon Medoc, as well as Uzbekistan’s Permanent Delegation to UNESCO and the Uzbek embassy in France.

Over 100 sportsmen and sportswomen from 25 countries – including Canada, France, Great Britain, Poland, Morocco, India, Niger, Congo, Ukraine, Kazakhstan and others – participated in the tournament. 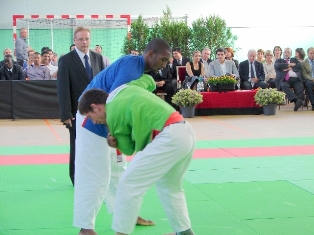 Addressing the opening ceremony of the event, the chairman of the French national committee for kurash Bernard Cabos-Duhamel said that thanks to its magnanimous characteristics, the Uzbek national wrestling, kurash, that has the centuries-old traditions, is becoming increasingly popular internationally. Kurash today has become a bridge linking various cultures and civilizations. This can be seen in the fact that national kurash associations have been set up in 117 countries.

The first deputy chairman of the International Kurash Association Jagdish Tytler (India) said that the competition gave an opportunity to raise the international awareness of the Uzbek people’s culture and traditions as well as invigorate cultural and economic ties. 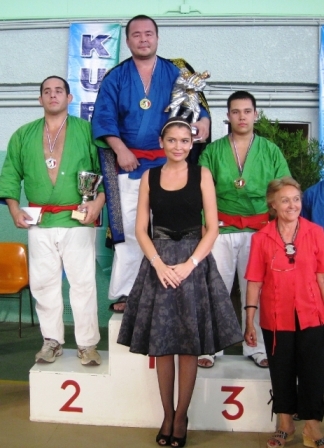 The deputy chairman of the French national committee for kurash, Jerome Sanchez, said: “It is a great pleasure for me to take part in the Bordeaux tournament which is contributing a great deal to the promotion of kurash internationally, in particular in the Indian Ocean region.”

The adviser at the Polish Ministry of Sport, the IKA director in charge of relations with international sports organizations, Mieczyslaw Bigoszewski, said: “Though kurash became known internationally relatively recently, it is getting increasingly popular in many parts of the world, especially in Europe, Asia, Africa and America.”

French kurash champion Raphael Kips said: “Kurash is getting increasingly popular in France, especially in the country’s southern departments, where the number of kurash sports clubs is growing with every passing year.”

On 3 October the Union of kurash in French-speaking countries held its founding congress in the Agassac castle in Bordeaux. The meeting endorsed the organization’s charter, elected the union’s leadership as well as agreed the development strategy. The Uzbek envoy at UNESCO Lola Karimova-Tillyaeva was elected the honorary president of the Union of kurash in French-speaking countries, Bernard Cabos-Duhamel was elected the organization’s president and Jerome Sanchez became its secretary-general.