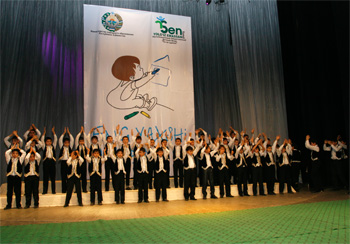 A nationwide contest for the best orphanage of the year was held in Uzbekistan from October through December as part of the large-scale campaign backed by the Sen Yolgiz Emassan charity foundation to offer better opportunities for children left without parental care. The contest, which is an annual event staged with support of the Uzbek Public Education Ministry, was held for the fifth time this year.

Uzbekistan’s ambassador to UNESCO Lola Karimova-Tillyaeva, the chairwoman of the charity foundation, said that “the contest is aimed at encouraging the orphanages across the board to ensure good education, healthcare and social support for every child being brought up without parents. Our foundation is currently implementing numerous education projects, which not only focus on improving teaching standards in the orphanages but also provide support to children after their graduation from schools as well as in choosing their future professions. We have been soliciting ideas from the country’s renowned experts in the filed of education on the best ways of helping the children to adapt to life outside orphanages following their graduation. Our efforts have already borne fruit and we have had quite a few success stories, and are fully committed to continue work in this field”.

A contest for the best tutor of children brought up in orphanages was also held over the same period to reveal and promote the most successful teaching experience as part of work with orphaned children as well as those left without parental care. 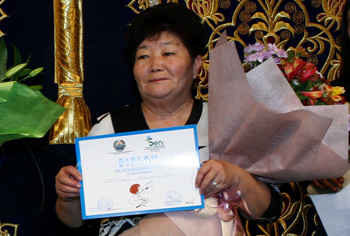 At the awards ceremony held in Tashkent on 22 December each nominated orphanage demonstrated films and as well as photo galleries reflecting life in orphanages, as well as spoke to those present about teaching methodologies employed and their plans for future.

Mercy house No 21 in Tashkent and SOS Children’s Village in Andijan (Ferghana region) were defined by the judges as two «Best Orphanages» of the year. Shirin Gaipova who teaches in orphanage No 1 in Karakapakstan was awarded the title of «The Best Tutor».